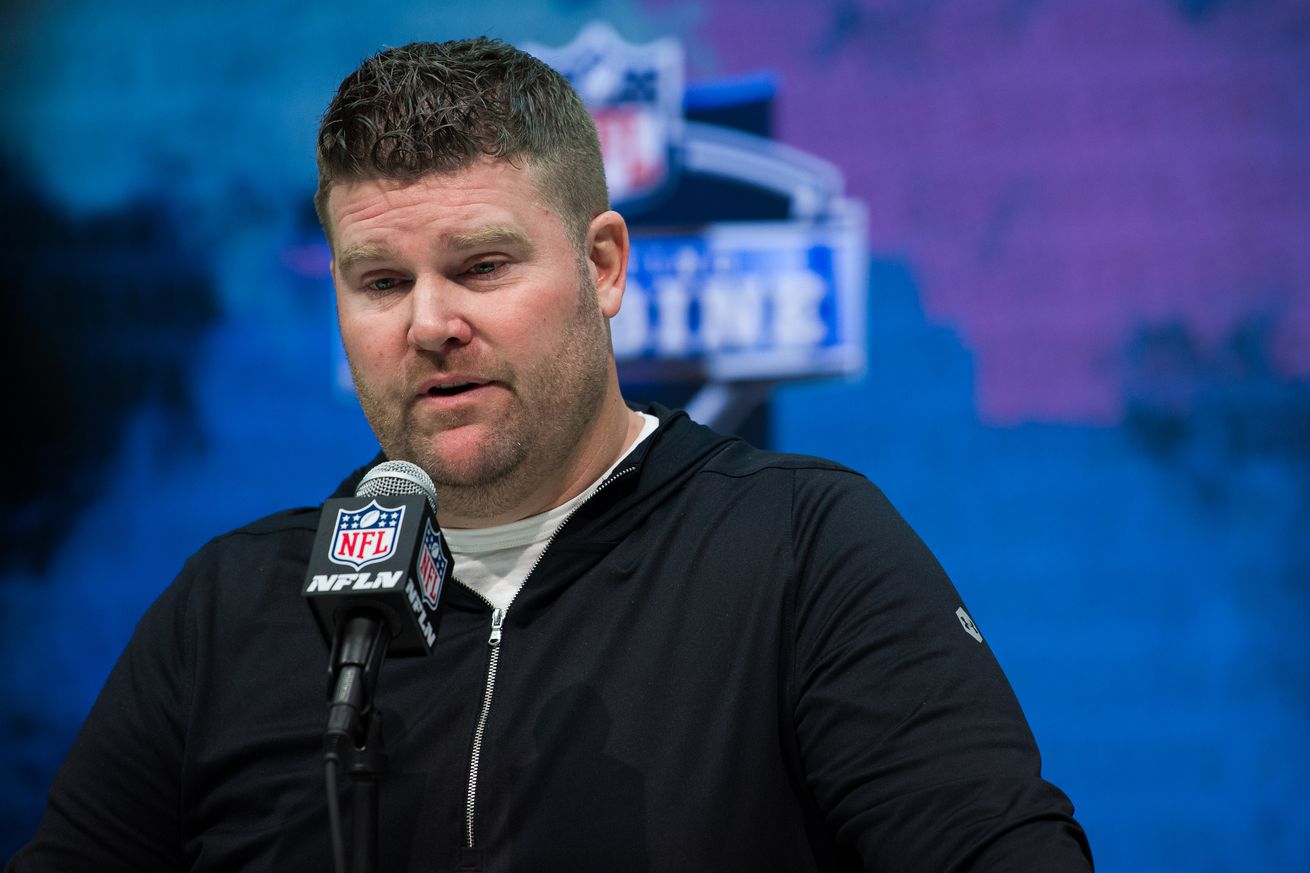 The immediate future of the Titans franchise hangs in the balance as the CBA vote, franchise tag deadline, and opening of the legal tampering window approach.

It’s been a weird week. Sports leagues all over the world are suspending or canceling seasons and tournaments due to concerns over the spread of COVID-19. However, the NFL might be able to offer at least some distraction for sports fans starting this weekend.

As of now, the league has said that they have no plans to push back the start of the new league year which means that free agency will move forward as currently scheduled with the “negotiating window” — or “legal tampering window” if you’re nasty — opening at 11:00 AM CT on Monday, March 16th followed by the official start of free agency at 3:00 PM CT on Wednesday, March 18th. That’s obviously subject to change, but that’s the plan as of this writing.

The coronavirus could change some elements of free agency. We will likely see more players using FaceTime or other video conference technology to meet with teams rather than jet setting around the country, but besides that it seems to be business as usual for this part of the NFL offseason at least.

Of course “business as usual” is a little different this year than normal years because of the status of CBA negotiations. Despite having a year left on the current labor agreement, the NFL and the NFLPA have been working to come to terms on a new ten year extension early. The motivation clearly being to get ahead of the upcoming TV rights contract negotiations and sweeten the pot for their broadcast partners with promises of two extra playoff games per year and a 17th regular season game for each team in addition to the stability that another ten years of labor peace would offer.

The uncertainty surrounding the CBA is a big part of the reason that we have yet to see any significant movement from the Titans with regards to contract extensions for pending free agents. The final year of the current CBA includes a special provision that would allow teams to use both the franchise tag and transition tag this offseason instead of just one or the other like most years.

That could be significant for teams like the Titans or Cowboys who have multiple high level free agents set to hit the market. If two tags are available, it might make sense for those teams to use both to keep valuable talent in house at a reasonable rate or extend their window to workout a long term deal without the risk of losing their key pieces.

However, if the new CBA proposal passes, teams will go back to having just one tag to work with. It makes sense that Jon Robinson would want to know which tools are at his disposal before fully committing to a strategy in this pivotal offseason.

While two tags sounds nice on the surface, it’s probably not the ideal plan for Tennessee even if both are available. The tags leave no wiggle room to manipulate the effect on the salary cap for this season which could be a vital part of the Titans offseason strategy.

Another perk to the players voting to accept the new CBA as presented is that it would likely bump the 2020 salary cap by a few million dollars above and beyond the projected $200 million cap that most expect to see. Part of the proposal includes a change in the revenue split that goes to the players, bumping their share from 47% to 48% of total league revenue.

The NFLPA has given its members until 10:59 PM CT tonight to vote for or against the proposed CBA. It seems that most expect the proposal to pass, but regardless of result, teams will know which set of rules they’re going to be playing by in 2020 by Sunday morning.

That knowledge will likely shake loose some deals that GMs have been hesitant to pull the trigger on before knowing the fate of the CBA proposal. With the tag window closing Monday morning and the free agent negotiation window opening just one minute later, that probably means a lot of activity for teams in the 36 hours between Saturday night and Monday morning.

So if you’ve been patiently — or not so patiently — waiting on news about Ryan Tannehill, Derrick Henry, Jack Conklin, Logan Ryan, or any of the Titans other pending free agents, you’ll want to keep your eyes and ears open during that window of time. I’d expect at least one, maybe two, of the big four gets a long term extension announced before Monday’s franchise tag deadline and I think it’s relatively safe to say that if Ryan Tannehill isn’t extended or tagged by Monday at 10:59 AM CT, the Titans will officially be in legitimate pursuit of Tom Brady.

My guess is that Tannehill and Henry are the most likely to return in some form or fashion. Titans leadership has been relatively outspoken about wanting their star running back to return throughout the offseason and reports seem to be hinting rather heavily that King Henry will be back in Tennessee next season.

Meanwhile… the #Titans are officially releasing RB Dion Lewis, source said. Not a surprise, as his playing time fell off dramatically this year and they plan to bring back Derrick Henry at a big number.

Tannehill has been the subject of much debate this offseason and the Brady rumors have persisted, but ultimately signs now seem to be pointing towards the Titans keeping their Pro Bowl backfield intact heading into 2020.

From @NFLTotalAccess: While the world waits (for the CBA, for Tom Brady), the #Titans remain focused on QB Ryan Tannehill and trying to keep him long-term. pic.twitter.com/cnr1hoMxeT

The level of interest in re-signing Conklin or Ryan is much less clear. We know that Conklin is expected to have a big time market waiting on him if he reaches free agency, but I wonder if the Titans wouldn’t consider using the franchise tag on him if they were able to get long term deals worked out with Tannehill and Henry. Even if they didn’t decide to keep Conklin, they could pursue a tag and trade scenario that might fetch them some valuable extra draft capital.

The recent releases of Delanie Walker, Cameron Wake, Dion Lewis, and Ryan Succop brought the Titans to $64.1 million in 2020 cap space to work with, the 8th highest total in the league, and they still could potentially squeeze out a few more dollars if they wanted to.

Malcolm Butler, DaQuan Jones, and Jurrell Casey are all restructure candidates if the team needed a little more wiggle room. Those three have very little guaranteed money left on their current deals so there is an opportunity to convert some of their 2020 salary into a signing bonus which would lower their cap hit for this season (signing bonuses are prorated over the term of the contract for cap purposes) while offering the player a little more guaranteed money up front.

That could be appealing for the Titans with a potential spike in the salary cap coming in 2021 and 2022 thanks to new TV contracts that are expected to be negotiated as soon as the CBA is done.

Early reports are pointing to a normalized increase in #NFL Salary Cap for 2020 ($200M) then back to back big jumps in 21-22 (not unlike how the NBA agreement worked). Potentially as high as $40M increases.

Translation: Mahomes waits until next offseason for an extension.

In his four seasons as Titans GM, Jon Robinson has chosen to stay at least $20 million under the salary cap each year, but I’d expect that to change in 2020. Robinson didn’t have players worthy of big paydays in previous seasons, this year he does (and without the benefit of a starting QB on a rookie contract). I also think he’s going to see this as an opportunity to toss gasoline on a fire that burned hot enough to get within one game of the promised land last season.

If Robinson got Tannehill and Henry signed to backloaded long term contracts, he could absolutely afford to either sign or tag Conklin. Maybe you’d prefer to chase a Jadeveon Clowney rather than bringing back Conklin. That could be a realistic option as well.

There are a lot of different ways that Robinson could handle this pivotal offseason, and as much fun as it is to speculate about options, I’m ready to finally get some answers over the next couple days.